Many of us started playing games at a very early age, and therefore hold many titles dear to our hearts. Those titles of which today are no longer in existence, or quite simply that young gamers of today would never understand their appeal. With the end of the year looming many of us reflect back over the year and previous years. This year, my little brother will be treated to some retro video games for Christmas, many of which will be beloved games held dear to my heart.

Of course, this will be quite a personal list, games will be considered per franchise and not clogged full of Pokémon. The games are not listed in any particular order.

When Pokémon Red and Blue were released back in 1996 they reached a popularity that would rival the biggest celebrities today. In fact, if  Pokémon had a Twitter account back then it would have the same, if not more, of a following than Katy Perry and Lady Gaga. The two variants were released, both holding slightly different sets of Pokémon collect. To get all 150 you had use a cable link to trade with other players. No Wifi in those days, kids. These particular Pokémon versions are such a favourite with fans, that you can now download them on to your 3DS. A new age of children to experience the feels we did then.

I will never stop advocating what a gem this title was back in the day. In fact, it still looks attractive even today, especially after being re-booted for the Xbox 360. It’s charm and appeal lay in it’s character design, music and story. Banjo Kazooie  was a title that was far superior to Super Mario 64 in terms of details in the graphics. The game is also quite the challenge, and only very recently myself and my 10 year old brother defeated the evil Gruntilda.

“Incommmming” Those immortal words will resonate with gamers across the community. Even though this was the 7th in the series, Worms World Party is a fantastic side-scrolling game. It was one of the first PC games I ever played, and I became completely hooked by its goofiness and array of worm characters. Worms World Party was the last 2D worms before it made the leap to 3D, 3D was fine but didn’t hold those same feels.

If that theme doesn’t set off your nostalgic goosebumps I’m not sure what will. Tomb Raider III was released at the peak of Lara’s popularity back in the 90’s. The third installment saw the adventurer travel to the deserts of Nevada all the way to the South Pacific Islands, it was a brighter game in terms of locations. What appealed to me most was the fact of how bright the game was, there was a vast palette of colours in the level design, it just made the locations jump out that bit more. Although, Lady Croft is going down a different path these days, I am praying for a HD remake of the original series.

The 1990s were good to the gorilla and his other primate pals, starring in, Donkey Kong Country and it’s sequels and Donkey Kong 64. The beginning of DK’s Rare era was Donkey Kong Country, which boasted a very familiar theme song when booting up the game. It was released for the SNES back in 1994, and many were surprised by its ground breaking graphics. The developers created 3D sprites with the 2D side-scrolling background, something which nobody had seen on the SNES previously. It’s popularity is still praised in retrospective reviews today, and a title that remains a classic. 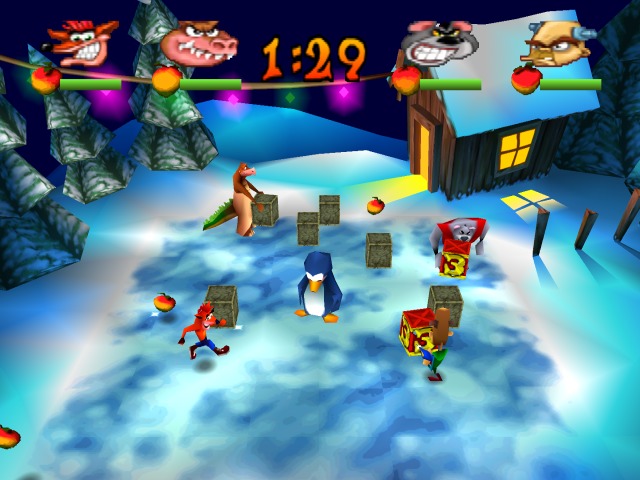 Crash Bash was a great little party game which saw the characters pit against each other in a series of mini-games. The basic story was a tounament set up by Aku Aku and Uku Uku to determine who was best, good or evil. It was a solid, reliable fun game to play with friends or with the game’s bots. It’s the style of game that we do not see much of today, other than. Mario Party and random Wii games. The multiplayer world is very much an online arena these days, and local multiplayer games are quite limited.

A 3D platformer that is frequently overlooked compared to titans like, Super Mario 64. Originally, Croc was proposed by the developers as a spin-off Yoshi game, to which Nintendo duly rejected. Nintendo then released Yoshi’s Story, probably one of the reasons for their rejection. Yoshi’s Story received respectable ratings, but not as high a Croc. Croc similar to many platformerw in the 90s was praised for it’s wonderfully bright graphics, music and style of play.

Goldeneye is probably one of the most fun first person shooters ever made. Even though it looks terribly dated today, it is still a fun local multiplayer game. The game was released two years after the movie, and ironically it did better commercially than its movie counterpart. Nintendo stopped funding the game in the last three months, but Rare completed it regardless. The mutliplayer was created in a matter of 6 weeks, and was considered a stupid idea. The most praised aspect of the game was its multiplayer, and to think this was an afterthought by the developers is bizarre. Overall, it could be suggested that Goldeneye is one of the best tie in games ever made.

Harvest Moon: Back to Nature

Harvest Moon: Back to Nature is a game that mostly all of us have played at some point. It is the most relaxing, RPG game ever made. The game follows a male character inheriting his Grandfather’s dilapidated farm, and it will be your responsibility to get it up and running in three years. It is not just about tidying the farm up, but you have to integrate yourself into the little town’s community. Harvest Moon is a happy game, and a game that can be enjoyed by anyone.
Runescape (Old School) 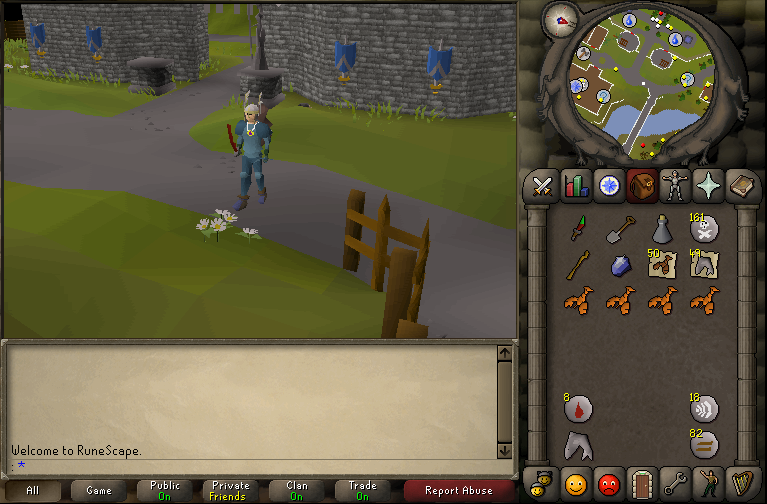 Runescape is an online game which most of us will hold an account for, whether you played it regularly or only once. It’s a game that when you hear about it, it makes you want to delve back into the world. A part of nostalgia is remembering, and like many other games, Runescape boasted a theme song that will give you those goosebumps. Runescape was competitive and fun, but if you explain the mechanics to someone who has never played it, it does sound quite boring. It was game where many of us experienced an MMO for the first time, it was free and easily accessible.

As mentioned above, this is quite a personal list, so I can appreciate everyone will have their own games held dear to their heart. I hope you get some feels from reading this, and do let us know what games get your nostalgic feelers moving in the comments section below.