Games have given us memorable characters that we will always have a place in their hearts due to their comedic values, edgy styles and personalities; from Super Mario to Snake. Characters and story lines are an integral part of the recipe when developing a prospective game. But, similar to life, you will always come across a character that will grate your cheese!

With that in mind, let’s take a look at 10 characters that really get on our nerves.

Would we miss him if he was dropped? The Scrappy Doo of Mario, Bowser Jr has seemingly wormed his way into most Mario games since Mario Sunshine. With a questionable laugh, Bowser Jr is a boring addition to a series that is overflowing with memorable characters. It seems like he was only been added to make Bowser look better. He’s quite simply an annoying brat.

Not a playable character, but in Metal Gear Solid 2 – Every. Single. Time. You. Save. The. Game – Rosemary is there! Raiden clearly doesn’t want to speak about his mission but she insists on an update every time we take a breather. Admittedly she was on Raiden’s support team but really, Rosemary? Asking Raiden what he’s up to? Or asking Raiden to say something about himself? Could this not have waited until he was home and not over Codec? Jeeeeeeeeez, Rosemary.

The cousin of European cool guy Niko Bellic in GTA IV, Roman has a great fondness for bowling at really inconvenient times, and if you refuse you have to watch that friend meter drop! Or if you accept there’s eventually a shootout and you die. Fun times.

These two occupy one slot on this list because they’re both equally annoying. Princess Peach constantly gets herself kidnapped and proceeds to be ungrateful to Mario: he never did get that cake. Infuriatingly Daisy , in Mario Kart at least, is only able to say: “Hi! I’m Daisy.” The two combined are smug spirits when they overtake you in Mario Kart. Constant screamers and generally irritating.

The main character from Dying Light. This is not a comment on the game, but the character of Crane really grated me whilst playing. He suffers from a superiority complex, jumping into Harran to save all of the abandoned citizens, and we are meant to feel for him when he realises that the GRE are just another greedy corporation. Crane was very sarcastic but not on a funny level, and is generally an unlikable main character. 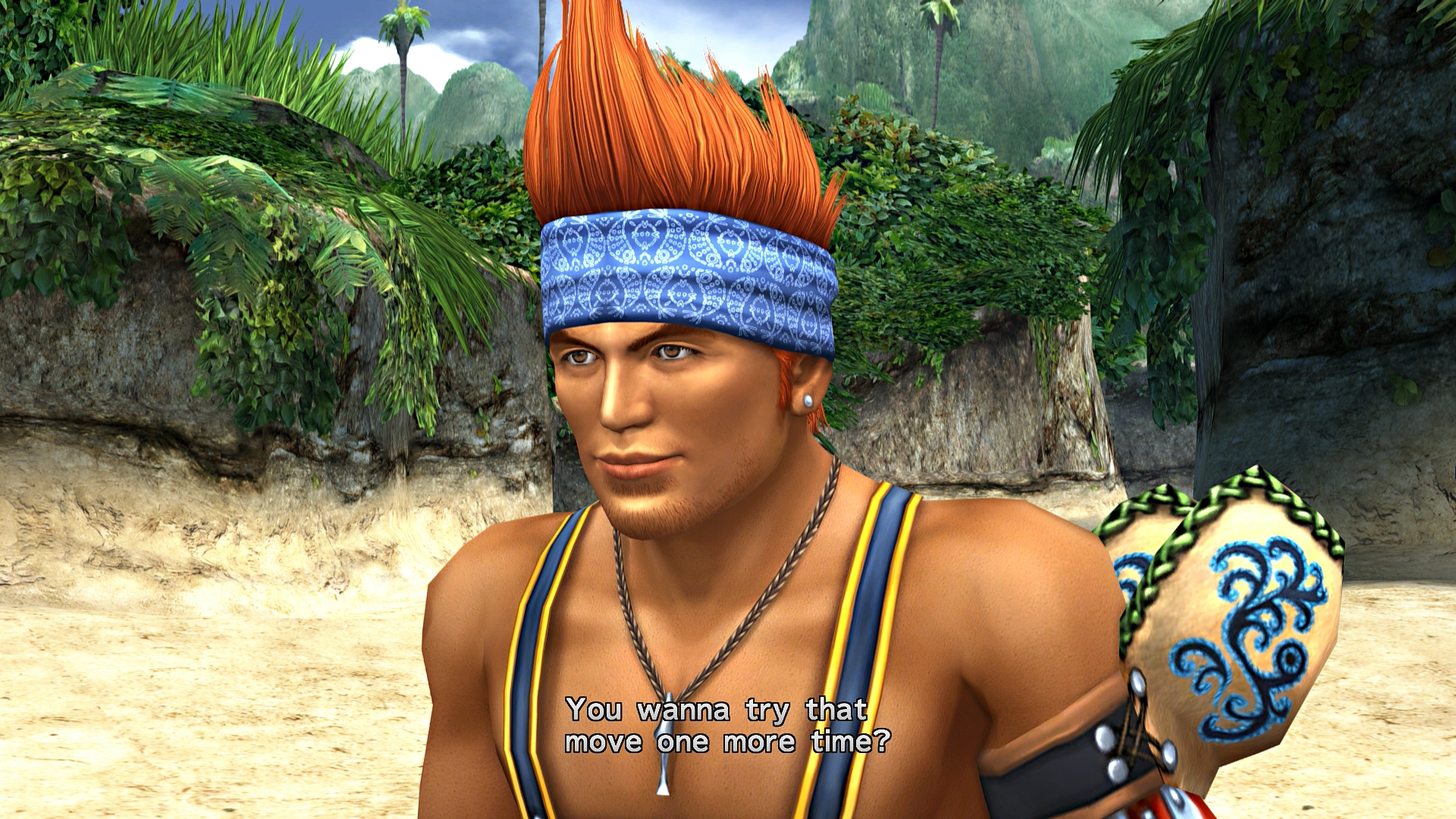 Playable in Final Fantasy X and with an appearance in FFX-2, Wakka had a very annoying voice; he was quite the self-righteous fellow and patronising in many ways. He didn’t portray the same calm, assertiveness like Lulu or Auron. The hair, the outfit and the choice of weapon all turned into a bad combination for Wakka’s character.

Ok, escort missions are frustrating enough as it is, but mix in Ashley Graham and it becomes even worse. Resident Evil 4 was a quality game; it genuinely took me a few years to complete because I was so frightened by it. Obviously the purpose of the game was to save Ashley, but my God was she irritating. The choice of voice did not help much either, with that awful sound of: “Leeeeeeeeawwwwwwn!”

Yes, this is an integral part of the game which assists with increasing your Pokémon’s level. However, these fights were constant and could sometimes come at the worst possible times. It was really frustrating when the trainer has 6 Pokémon and all of them were at the same level. At least throw in some spice, man!

One of the best games for the Nintendo 64 – an absolute classic. But Goldeneye also has THE worst escort mission known in gaming history. I’m positive Natalya must have consumed too much vodka prior to your escape, and as a result just doesn’t listen to you. The amount of times you fail is overwhelming!

So those are 10 characters that really ground our gears. Which characters made your teeth grind with irritation, readers? Let us know in the comments section below.